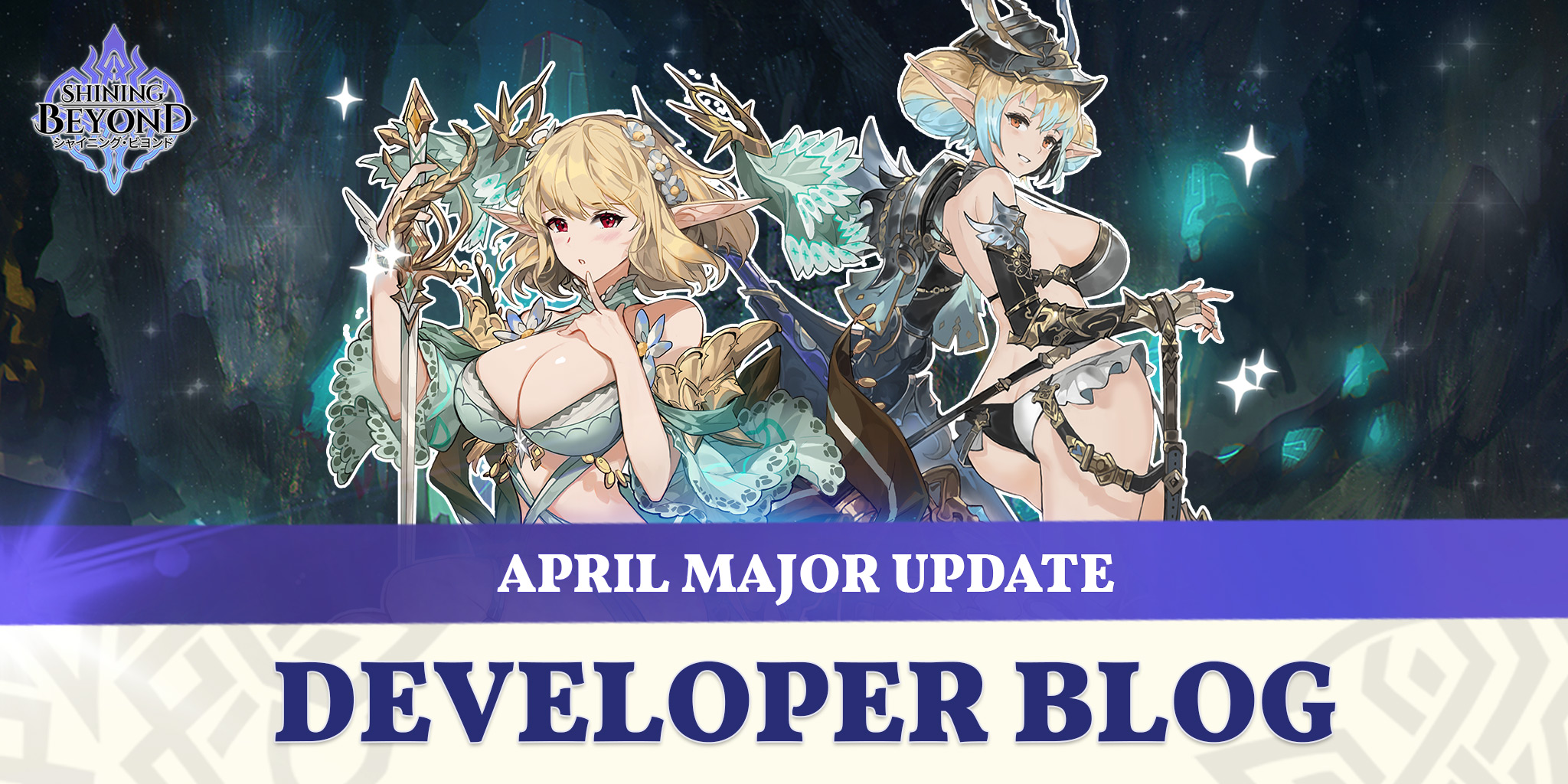 On April 22, we’ll be releasing the biggest post-launch update for Shining Beyond yet — jam-packed with numerous bug fixes (please look forward to next week’s patch notes!), multiple brand new features, and the long-awaited launch of our Season 2 Story Campaign.

In this Developer Blog post, we’d like to take a moment to highlight some of the brand new features coming on April 22:

Let’s kick things off with a feature we’ve been teasing on our Shining Beyond Facebook fanpage.

Introducing Awakening, a brand new way to power up the offensive and defensive capabilities of your favourite existing Heroes in Shining Beyond!

To initiate Awakening on a Hero, you will need to meet the following requirements:

The Hero must have been promoted to 7★, and reached Hero Lv. 100 (which requires you to be at Player Level 40, down from Player Level 50 previously)

You possess the required number of 3★ Elemental Essences (obtained from a new daily Awakening Dungeon) and 500,000 Gold to initiate the process

Do note that not all Heroes will receive Awakening right from the get go, however.

Subsequently, we plan on releasing Awakening for at least one additional Hero with each new in-game Event.

Once an eligible Hero has been Awakened, the Hero will become attuned to one of three Elemental Alignments — Fire, Water or Earth Mastery. Each Hero’s Elemental Alignment is predetermined, and will be revealed once Awakening is available for the character.

Each Element Alignment has a corresponding element that it is strong or weak against.

For instance, an Awakened Hero attuned to the Fire Element will deal at least 10% more damage (the percentage goes up with higher levels of Awakening) to Awakened Heroes attuned to the Earth Element, and conversely receive 10% less damage when attacked by the latter.

In addition, Awakened Heroes will also deal 10% extra damage and take 10% less damage to all Unawakened Heroes and Enemies. Once again, the percentage figures can increase depending on the level of Hero Awakening attained.

And that’s just the beginning!

Once a hero has been Awakened, you’ll be able to level up Offensive Skill and Defensive Skill nodes through spending Elemental Essences earned from clearing a new Daily Dungeon.

Other ways to obtain Elemental Essences include through login bonuses, and special events.

These upgraded nodes will add Bonus and Advance Stats, improved attack modifiers, damage resistances, status resistances, and — once the final node on each skill line is unlocked — two Final Awakening Passive Skills (one each from the offensive and defensive skill trees).

Fully upgrade both skill trees, and you’ll receive an exclusive Hero Artifact specific to him or her that will grant the use of both Final Awakening Passive Skills when equipped to another Hero’s Artifact Gear Slot!

You will, however, need to first be at Player Level 42 and above to unlock the Artifact Gear Slot for all heroes (awakened or otherwise) to be able to equip Hero Artifacts.

Over time, we believe that the Awakening system — in conjunction with our current Job Class and Mastery systems — will lead to a wealth of interesting combat strategies worth looking into. We hope you look forward to trying out the possible combinations!

(Important Note: The above screenshot is a mock-up, and the items listed are not actual rewards for Treasure Bounty quests)

Send your Heroes off to perform various bounties, and claim glorious rewards when they return once the job is done!

What kind of treasures can you expect to receive from bounty quests? In general, the rewards you’ll get ahold of here will be precious resources that will help you with hero advancement and Awakening.

The bigger your collection of Heroes, the more Treasure Bounties you’ll be able to take on daily.
Players will also be given access to a set number of bounties each day, the number of which depends on your Player Level (beginning at Player Level 30).

But field your heroes wisely, for certain bounties will require you to assemble a dream team based on specific conditions.

There are few things in Feldria worse than an easy, lucrative bounty that simply can’t be fulfilled due to not having the right Hero on standby!

Receive permanent ATK, DEF and HP boosts to all your Heroes, by completing collection milestones!

Heroes and Costumes have been sorted into various sets of two to four items each. Collection milestones are marked as new Heroes and Costumes enter into your collection. For Hero sets, level up and promote the set Heroes for an even greater buff!

As for Costumes, once Collection System milestones have been marked as completed, the awarded permanent stat boosts will remain even if you ever decide to get rid of previously collected Hero Costumes later.

This feature was implemented due to feedback from many of our players, who had wished that there was some kind of incentive for them to continue growing their collection of Heroes and Hero Costumes — rather than to simply rely on a “main team” of four heroes to clear the majority of content.

We understand players’ concerns when they tell us that while it’s fun to level up newer heroes and assemble various “side teams” that can offer different styles of play, every time they attempt to do so, they feel that it is at the expense of further progressing their main team.

Thus, the Collection System is our way of encouraging players to explore. Once the feature goes live, you’ll be able to contribute to the power levels of ALL your heroes whenever you take the time to develop and level up Heroes that you normally do not use.

Stand out from the crowd with this stylish new feature!

After the April 22 patch, you’ll be able to decorate your player profile with a bevy of unlockable Avatar Frames.

Got ideas on the kinds of Avatars Frames you’d love to see in the game? Let us know over on #suggestion-discussion channel over at our official Shining Beyond Discord server.

This one’s something we’ve been looking forward to announcing for a while — we’ve re-done all of the Japanese voice-overs in Shining Beyond, for all of the game’s 50-plus characters!

Ever since Shining Beyond was released, we’ve received quite a lot of feedback from players with regards to the voice-overs we have in the game.

In short, many of our players were simply not in love with our character voicework in Shining Beyond. And we really took this to heart.

So several months back, we began the long, arduous and (most importantly) expensive task of overhauling the entire game’s voice work.

For this voice-over rework, we were very fortunate to be able to get in touch and work with Tokyo-based recording company, Kotori-Voice Inc.

With their help, we were able to redo all of Shining Beyond’s voice work, this time using only seasoned voice actors currently active in the Japanese voice-over and narration industry, such as Kaori Sadohara (Artemis, Isabella) and Shohei Kajikawa (Barrosh, Raegar).

We’ve been really happy with the results. In fact, some of us here at XII Braves have even gone as far to say that the differences between the old and new voice-overs are truly night and day.

Sincerely, we hope you’ll agree, and we look forward to our players seeing (hearing) all your favourite Shining Beyond heroes in a whole new light!

Of course, these won’t be the only changes made to the game on April 22. There’s so much more we’re excited to have you check out! For the full list of bug fixes and changes, please refer to our patch notes next week!

As always, to be among the first to receive updates and announcements on Shining Beyond, please follow us on our official Facebook page here.

See you next time, brave adventurers of Feldria! 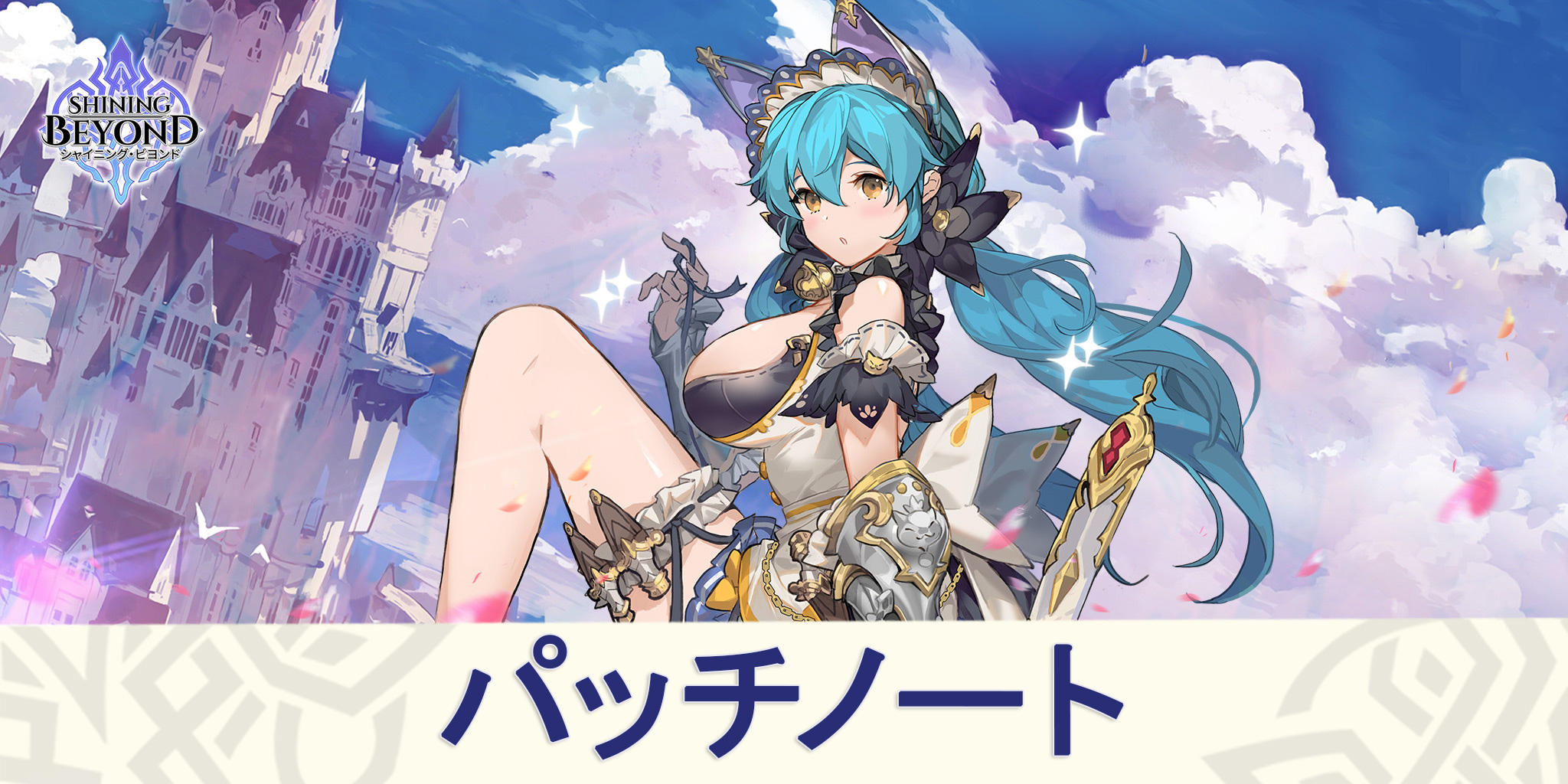 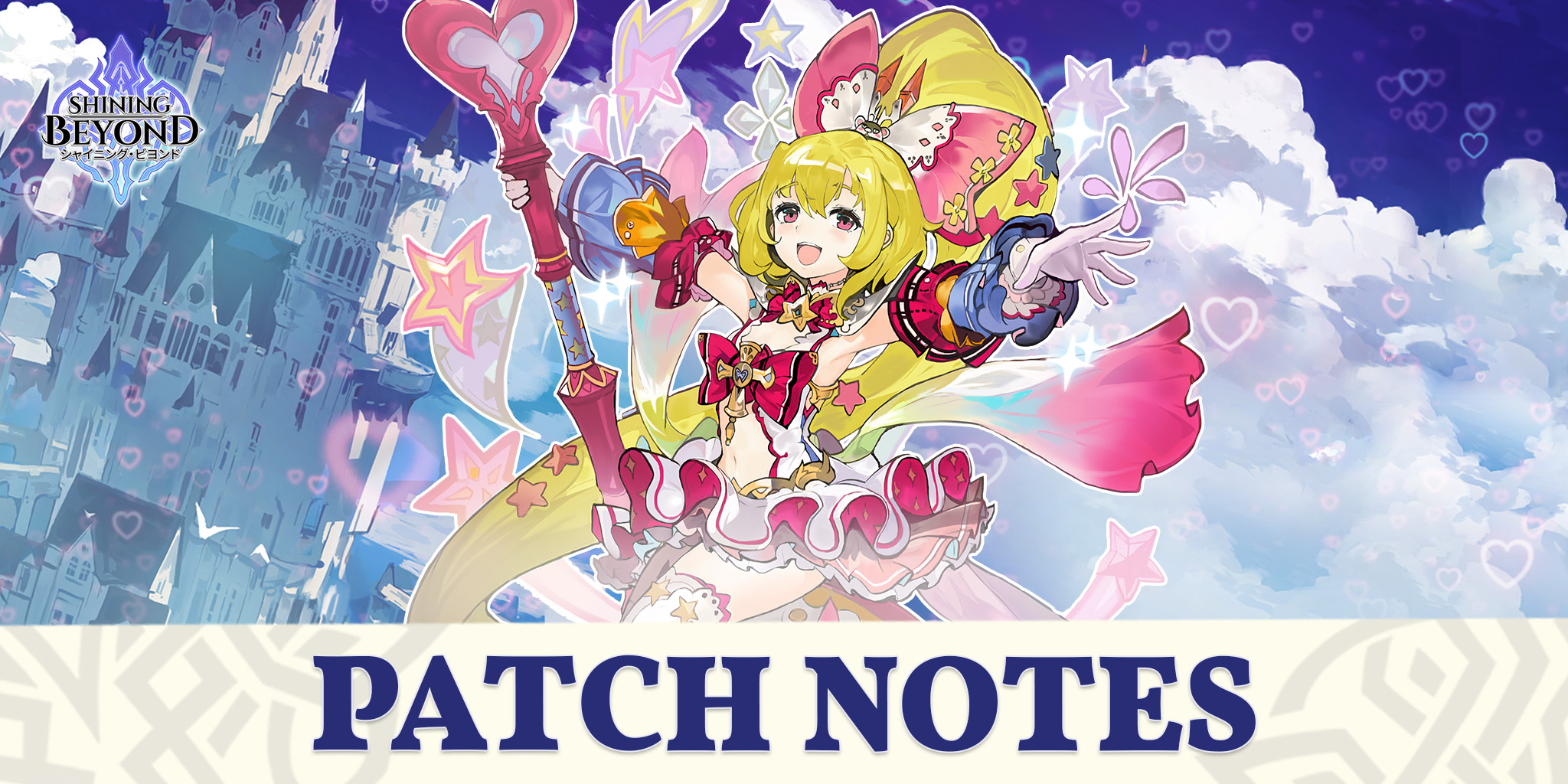 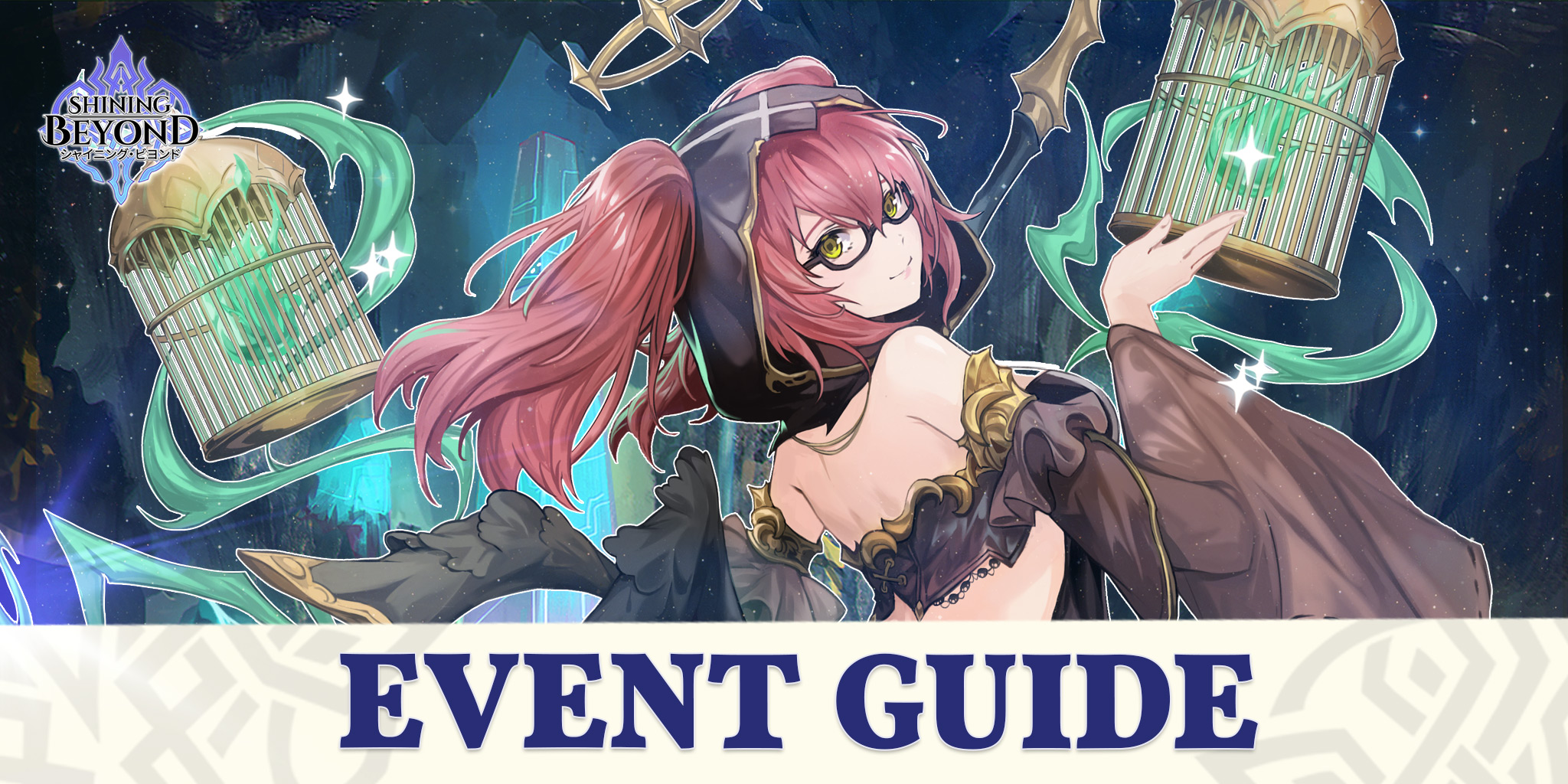